What began as a fundraising initiative with two nonprofits in New York City has made its way around the world, raising nearly $2 billion in 2019.

92nd Street Y and the United Nations Foundation started Giving Tuesday in 2012 as a response to the commercialization of the post-Thanksgiving season in the United States. With Black Friday and Cyber Monday top of mind for consumers and end-of-year fundraising top of mind for nonprofits, Giving Tuesday provides a way for nonprofits to tap into the spending frenzy—and heightened generosity—of the season by encouraging citizens to direct their spending power towards helping others.

More than 70 countries are now participating in Giving Tuesday to engage their supporters and activate more volunteers, according to Charities Aid Foundation (CAF). In May, nonprofits, companies, and citizens came together for Giving Tuesday Now, a global day of giving and unity as an emergency response to the unprecedented need caused by COVID-19, which raised an additional $503 million.

In only eight years, the Giving Tuesday movement has spread to more than 70 countries.

At Salesforce.org, we’re partnering with Giving Tuesday in the U.K., Netherlands, France, and Spain in order to support the growing movement in Europe where the rise in Giving Tuesday fundraising year over year is even more pronounced: 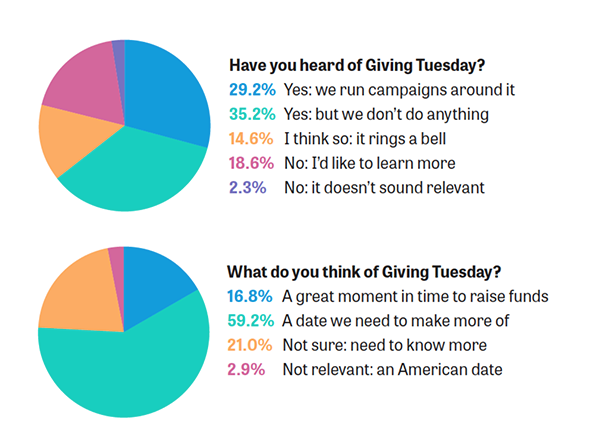 Statistics taken from Third Sector’s ‘How to get the most from Giving Tuesday 2020’ report based on responses from nonprofits in the U.K. and Ireland. You can view more insights here.

So how are nonprofits around the world making the most of this global day of generosity on this Giving Tuesday? We asked nonprofits of varying sizes from North America and Europe what the Giving Tuesday movement means for their organizations.

Established as an independent nonprofit organization, the CDC Foundation is the sole entity authorized by Congress to mobilize philanthropic partners and private-sector resources to support CDC’s critical health protection mission. The foundation was at the forefront of Giving Tuesday Now in May, building awareness about its coronavirus response initiative and raising critical funds to fight the virus.

To date, individuals, philanthropies, organizations, corporations, and government funders have committed $206 million for the CDC Foundation’s COVID-19 response, and the Foundation has deployed those funds in more than 83 U.S. states and territories and other countries. But more support is needed as COVID-19 cases are surging again.

While combating COVID-19 is top priority for the CDC Foundation and their Crush COVID campaign is at the center of their fundraising appeals, the foundation’s scope of work is much broader. The foundation conducts programs around the world to advance a variety of critical public health efforts, from chronic disease conditions including cardiovascular disease and cancer, to infectious diseases like rotavirus and HIV, to emergency responses, including COVID-19 and Ebola. 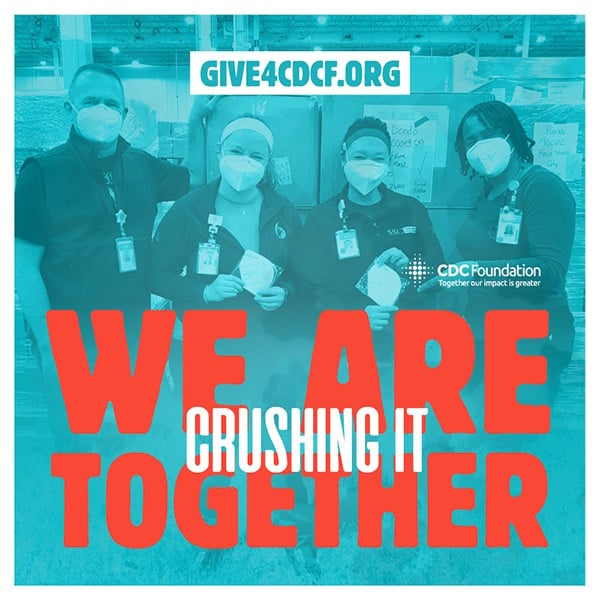 This giving season, CDC Foundation is spreading the word about these programs to their network of global supporters, providing tangible ways that donors can contribute. On Giving Tuesday, the CDC Foundation’s CEO Dr. Judy Monroe, will join Dr. Seth Berkley, CEO of Gavi, The Vaccine Alliance, on Salesforce’s Leading Through Change program to discuss how their organizations are raising and distributing funds around the world to support communities in need during the global pandemic.

For Tiny Tickers, a small U.K.-based charity that improves the early detection and care of babies with serious heart conditions, last year’s Giving Tuesday campaign is a tough act to follow.

Tiny Tickers launched a Giving Tuesday appeal, Test for Tommy, in the memory of Tommy McKellar, who passed away at 11 days old from undetected congenital heart disease in 2015. The goal of the appeal was to raise £725, the price of a pulse oximetry machine used to detect heart defects in newborn babies. The charity’s supporters responded with enthusiasm and helped raise £4,500, enough to buy six of the life-saving machines.

“Both times we took part in Giving Tuesday, we linked to an established campaign so we had the stories, images, and case studies. We had very tangible targets and we had multiple ways to donate, not just through our website — we set up Facebook fundraisers and text-to-donate codes” – Katie Lawson, Head of Fundraising and Communications, Tiny Tickers.

All Hands and Hearts: Gratitude for Global Volunteers

For All Hands and Hearts, a volunteer-powered, disaster-relief organization that supports communities around the world, Giving Tuesday is about thanking their community of volunteers as well as raising critical funds to continue their work.

Global volunteers are an essential part of All Hands and Hearts’ operations, as well as their fundraising efforts. The organization’s volunteer engagement Giving Tuesday campaigns have more than tripled in revenue over the last four years, from $50,000 in 2015 to $165,000 in 2019.

The pandemic halted All Hands and Hearts’ programs for six months, but their volunteer programs are back up and running through a new initiative called DM12, a program where volunteers spend months in communities impacted by natural disasters, abiding by COVID-19 safety guidelines.

In order to draw attention to the impact their volunteers are making and engage them in fundraising efforts, this year All Hands and Hearts is launching a campaign with the theme “It All Adds Up” to show how every volunteer and every dollar makes an impact. The campaign kicks off today, November 24, with a matching gift opportunity of $100,000 from the organization’s co-founder, David Campbell, and will run until midnight EST on Giving Tuesday, December 1.

All Hands and Hearts will be encouraging their alumni community to support their campaign through peer-to-peer fundraising and by sharing through social media. Alumni plan on creating fundraising teams to incite some friendly competition for their end-of-year fundraising.

How You Can Get Involved with Giving Tuesday

From nonprofits to small businesses to large corporations to schools, GivingTuesday.org has resources for organizations all over the world to join this global generosity movement.

Giving Tuesday Cheat Sheets in English, French, Dutch, and Spanish also have useful resources to help your organization make the most out of this important end-of-year fundraising moment.

Join CDC Foundation and Gavi for Leading Through Change on December 1 at 10:00 a.m. PT to celebrate Giving Tuesday. 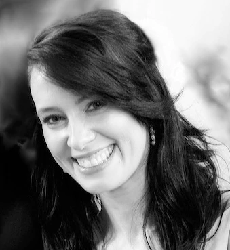 Laura is Director of EMEA Product Marketing for Nonprofits at Salesforce.org. She joined in 2014 and led EMEA product marketing for Salesforce’s Service Cloud portfolio before joining Salesforce.org in its mission to deliver technology to nonprofits so they can connect with others and do more good.

Triscuit announces the launch of The Missing Ingredients Project