It’s not an understatement to describe the events of the past year as historic, and particularly for Black Americans. The nation elected its first Black vice president, a woman and a graduate of a historically Black university, and Georgia sent its first Black senator to the Capitol.

February is Black History Month, where we honor the incredible contributions the Black community has made throughout U.S. history — from civil rights leaders to artists, politicians to inventors. There are plenty of ways that everyone can commemorate the month and celebrate Black heroes from the comfort of home. From supporting Black-owned businesses to donating to charities supporting anti-racism efforts and watching educational documentaries, here are eight ways you can celebrate Black history — not just this month, but all year round.

Many Black-owned businesses still face structural racism, which poses a unique threat to their longevity and ability to serve their communities’ needs. An estimated 40 percent of Black business owners had already closed their doors between February and April of 2020. This number is twice the decline experienced by white business owners. Becoming a customer — specifically during February when these companies have a lot more visibility — is a great way to celebrate. Don’t know where to start? Online marketplace Miiriya showcases Black-owned businesses in a range of categories, from fashion, art, beauty, home decor, and more. Find other companies by searching the #blackowned hashtag online.

Typically, Black History Month draws associations with well-known figures like Civil Rights leader Martin Luther King, Jr. and activist Rosa Parks, but there are many others to learn about. For example, there’s Shirley Chisolm, the first Black woman elected to Congress. And Fannie Lou Hamer, a Black activist from Mississippi who launched Freedom Farm Cooperative (FFC), an initiative to purchase land that Black people could collectively own and farm. Visit BlackPast.org for an extensive list of other notable Black figures.


February is Black History Month, where we honor the great contributions the Black community has made throughout U.S. history.

Add Black authors to your reading list. Edward E. Baptist’s “The Half Has Never Been Told” takes an in-depth look at slavery’s role in the “evolution and modernization of the United States.” My own book, “Radical Empathy: Finding a Path to Bridging Racial Divides,” discusses the many ways that Black people are impacted by structural racism. Through storytelling, I help others not only understand the impact of racism, but also to practice empathy. Please join me during a virtual Zoom Book Launch on February 25 at 12 P.M. PT, as I discuss the inspiration that led to writing this book.

I’m reminded of the impact of structural racism on the women in my family, and how they helped pave the way for me to achieve success in life. It’s incredibly important to have Black women at the table as major policies are being developed and discussed. Today, we see Black women in America taking their place at the highest levels of government. I’m so proud of the work done by women like Stacey Abrams, Kamala Harris, and thousands across the country who volunteered and got out to vote. As Amanda Gorman said in her magnificent poem on inauguration day:

“The 1619 Project” is a long-form historical recounting of the role slavery played in the transformation of America. The project references the year 1619, in which the first ship carrying enslaved Africans reached the shores of the colony of Virginia. Pulitzer Prize-winning journalist and project creator Nikole Hannah Jones hosts a podcast that dissects the link between slavery and American economics, the co-opting of Black musicians’ work, and the obstacles Black people faced with receiving healthcare and land ownership rights. 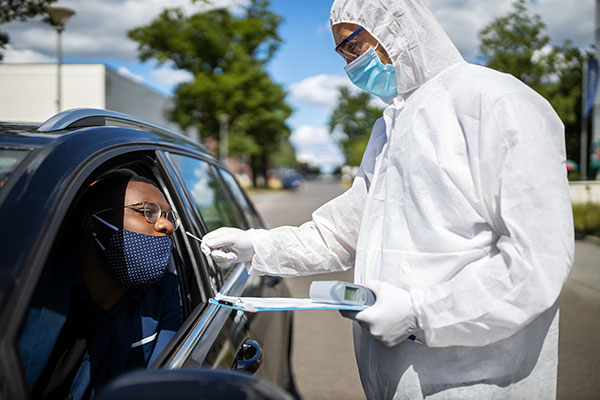 February is Black History Month, where we honor the great contributions the Black community has made throughout U.S. history.

Throughout the month of February, the Smithsonian’s National Museum of African American History and Culture (NMAAHC) is launching virtual events and conversations that affirm and preserve the accomplishments of African Americans throughout history. Events are free and open to all — but registration is required.

On Feb. 11, New York City’s City Parks Foundation will host a screening of Spike Lee’s 2017 film “Rodney King“, followed by a virtual discussion. On the other side of the country, Los Angeles’ Aquarium of the Pacifics will host The Virtual African-American Festival on Feb. 27 in honor African and African American traditions. If you don’t know where to start looking for virtual events, check your city or state government websites for local listings for Black History month events such as online poetry-thons, scavenger hunts, art exhibits, performances and more.

Get more insights from Terri by reading last year’s Q&A about How Higher Education Can Fight Racism. 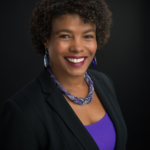 Terri Givens is the CEO and Founder of Brighter Higher Ed, and the former Vice Provost at University of Texas at Austin and Provost of Menlo College. Terri is the author/editor of books and articles on immigration policy, European politics and security. Her book Radical Empathy: Finding a Path to Bridging Racial Divides is scheduled to be released later this month.

Sat Feb 6 , 2021
Guinness and football icon Joe Montana raise a toast to hope, optimism, and what it truly means to be great Being the GOAT, or “Greatest of All Time,” is usually a sports debate amongst friends or talking heads, especially when the best football Sunday of the year rolls around. But […]