Ads keep getting shorter, but not subliminal.

Way back in TV advertising history, there were 60-second ads. Some people still remember those; there was even an article in The Atlantic looking back on them, wistfully.

Ads used to be longer

Like most GenXers, I grew up with :30s and :15s on TV. Conventional wisdom, after I joined the industry but before bandwidth permitted online video, was to run :30s until awareness reached some level when :15s could take over as reminders or reinforcement.

During my international career, I became familiar with :20s and even :10s. In Argentina, where I lived and worked for three years, ads could be any length client and agency wanted, because media time was bought and sold on a second-by-second basis. So, we made :17s, :36s, :52s, etc.… Read more

DoorDash, the nation’s on-demand local logistics platform, has announced the launch of a multi-platform marketing campaign in the US DoorDash is bringing its new brand campaign to the Big Game for the first time with a:60 TV spot airing on Sunday, 7 February in Quarter 1.

Titled “The Neighbourhood,” the campaign reinforces DoorDash’s mission to grow and empower local economies and unveils new brand messaging around deliveries of neighbourhood favourites beyond food, highlighting the breadth of DoorDash use cases and platform categories like restaurants and convenience. 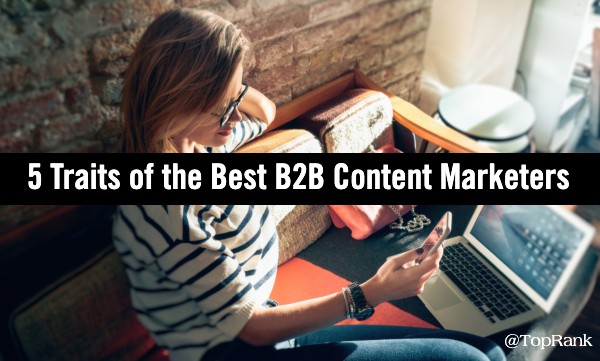 My favorite part of playing a sports video game is the “Create a Player” function. It gives me the opportunity to set realism aside and dream up the most legendary, dominant athletic specimen imaginable. On the basketball court, no real-life point guard would be able to match up against “Dimes McGee,” my customized 7-foot-10 wunderkind with 99 ratings for shooting, passing, ball-handling, speed, and defense. Talk about optimization!

What if you could “create a player” in B2B content marketing? Which attributes would you want to max out in order to fabricate the most successful practitioner possible? It’s a fun and interesting question to contemplate, in large part because the answers now are different than even a few years ago.

Which traits and characteristics define the most effective B2B content marketers in 2021?

Certain requisite skills, such as being creative and a … Read more

The not-for-profit sector in Australia is large and diverse, with more than 600,000 organisations in the sector nationwide, according to Philanthropy Australia. These organisations provide critical community services and are at the forefront of some of the greatest challenges of our time, from combating climate change to championing public health and community wellbeing.

Crises like the COVID-19 pandemic and the devastating Australian bushfires have made nonprofit services even more essential. As organisations are navigating a new normal and scaling to tackle some of the most pressing issues of our time, digital technology has become imperative. Let’s take a look at four Australian nonprofits that are building resilience with a digital-first approach.

The Australian Packaging Covenant Organisation (APCO) is a nonprofit leading the development of a circular economy for packaging in Australia. They have been appointed by the Australian government to … Read more

The global pandemic hit few companies harder in 2020 than IAG (LSE:IAG). Covid-19 and the economic downturn managed to wipe out thousands of jobs and billions in revenue. The outlook for 2021 is uncertain too.

The IAG share price was one of the biggest losers of 2020, which is why I am avoiding it and looking elsewhere to bolster my portfolio.

While 2020 was a year to forget, there is a chance 2021 could be better. Personally, however, I am not convinced right now.… Read more