Prior to the pandemic, podcasts kept many of us sane during our daily commutes. As social distancing left those of us non-banana bread bakers searching for entertainment, podcasts came to the rescue even more — with a 42% increase in listens globally.

The reason? Audio-based entertainment is flexible. You can listen on the go rather than being tethered to a screen, which is a welcomed relief as digital fatigue continues to grow. During isolation, many people reported that it was nice to feel like someone is having a conversation with you, about topics you find interesting. The only thing that could make it better in many cases would be the ability to interact.

Clubhouse is an audio-based social media platform that is gaining significant attention. It may seem strange for a new, invite-only platform that is currently only available on iOS to gain widespread popularity so quickly, but FOMO — or fear of missing out — mixed with scaled, community-based conversation (think: interactive podcasts) appears to be a winning combination. To date, Clubhouse has 10 million users, which is up from two million in January 2021.

Clubhouse is an audio-based social media platform that has grown quickly to 10 million users.

Clubhouse is organized by different rooms that are specific to a certain information topic and are appropriately called, you may have guessed it: clubs. These clubs run the gamut of interests from human behavior, to crypto, to world affairs, to parenting, and more. Similar to other social platforms, you can follow your friends, creators, influencers, or celebrities. These rooms can be open to everyone, limited to just your followers, or closed for invite-only conversations. This enables you to curate organic, moderated conversations across a variety of topics to an audience of your choosing.

This is where it gets interesting; not only do these rooms encourage much more in-depth conversations than other platforms, but they also allow guests to ask questions or request to speak. It’s like participating in a panel about a topic that you are deeply interested in with experts and engaged audiences from around the world — and you don’t even have to change out of your sweatpants.

The Convening Power for Nonprofits

So why should nonprofits care? The potential here goes beyond the average marketing or communication channel. It’s grounded in community, and encourages deep engagement rather than the comparatively short, and arguably shallow, conversations that happen on other social media platforms. Nonprofits have the opportunity to join, or even create, conversations about the causes they support and the missions they drive forward.

With so many forward-thinking members on the platform, there is also ample opportunity for networking, finding mentors to help guide your strategy, and even fundraising. It’s a potential recruiting ground for volunteers, pro-bono support, donors and even new employees.

One early example of the potential fundraising power of Clubhouse came in February, when an unprecedented winter storm shut down much of Texas’ infrastructure. A week-long event called Clubhouse Loves Texas was organized and promoted by some of the app’s biggest influencers. There were rooms for performances, conversations with celebrities, a book club, and a doctors roundtable. By encouraging people to make a text-based donation, the initiative raised more than $140,000 for multiple Texas organizations. 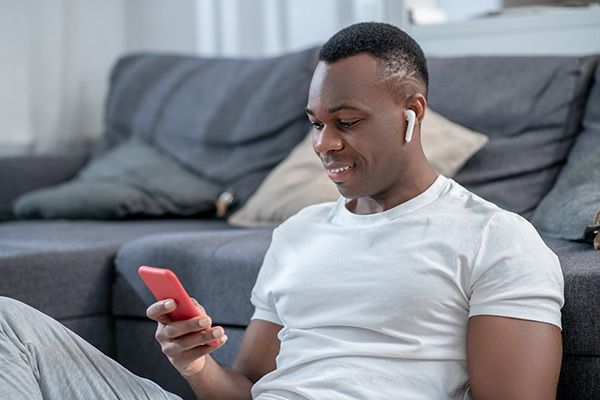 A New Way to Engage and Fundraise

Over the last year, we’ve talked a lot about how nonprofits have had to reimagine fundraising. Virtual events and digital-first fundraisers became a strategic imperative to maintain and grow support. Clubhouse Loves Texas is just another example of reimagining traditional initiatives — in this case telethons — to reach a new, influential, and engaged audience.

While fundraisers will have to rely on external apps for the time being, Clubhouse recently announced its payment platform for creators. While it is not widely available, it’s the first step in their “creator-first” approach to monetization. Designed to help creators on their platform build community, audience, and impact, this could translate into opportunities for nonprofits to partner with influencers to run fundraising initiatives and campaigns on the app.

As with all social media, you can anticipate growing pains. There are inevitably pitfalls yet to be discovered. For example, while the app does have community guidelines and a feature to report harassment in the app, they have come under fire for lacking the robust moderation tools that are necessary for these bigger conversations that lead to debates.

Then there’s always the potential for holes in security, identity scams, and data breaches. All that said, it appears that the app is taking a measured, thoughtful approach to its growth and monetization strategy, so while we encourage proceeding with caution, hopefully they can learn from the mistakes of their predecessors.

How to Get Started on Clubhouse:

As with all new platforms, the future of Clubhouse will depend on competitors (Twitter, Facebook, and Instagram are already building out similar features), future features, and how they moderate content. But many remain optimistic about the future of a platform that can successfully marry the age-old pull of talk radio with the modern day power of interactive technology. For nonprofits looking to expand their reach, lead the conversation about their industry, and find new ways to engage with their supporters, this could truly be the next best thing.

Read more about how your nonprofit organization can reimagine fundraising experiences. 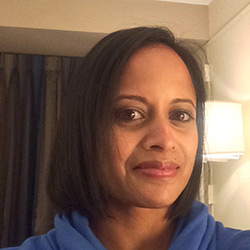 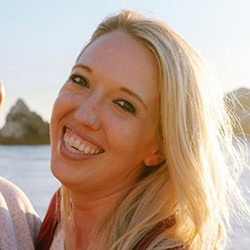 Amy leads corporate messaging for Salesforce.org. Before coming to Salesforce, she previously worked at Facebook, Instagram, and Visa.

The post How Nonprofits Can Use Clubhouse to Build Community & Deepen Engagement appeared first on Salesforce.org.

Thu Apr 22 , 2021
In his first beer partnership, Rafael Nadal will represent Amstel ULTRA and Amstel 0.0 over the next three years, as the brands expand into new markets globally Amstel ULTRA, the premium low-carb, low-calorie light beer, has recruited Tennis legend, Rafael Nadal as a global ambassador for its growing lifestyle product […]

American Eagle celebrates the timelessness of jeans and optimism

Athleta launches an immersive digital platform for women to connect

Taco Bell unveils its latest spot with Psyop and Deutsch