Every nonprofit knows that in order to grow — or, in the case of a turbulent year like this one — in order to stabilize and move forward, you need to attract and engage a steady stream of new supporters. But what that actually looks like can be a little hard to define. It can also be difficult to identify what you’re doing right, and where you might be getting a little off track.

When it comes to supporter acquisition, it’s common to start out by thinking about donors, and that’s not a bad thing, but it can obscure the fact that when you’re first reaching out to a new audience of potential supporters, it’s impossible to identify the kind of supporter they’ll be. And if you’re only looking for donors, you could narrow your search more than you’d like.

So today we’re unpacking three simple misconceptions about supporter acquisition, to help demystify this first stage of the supporter journey.

Download our Creating Constituent Journeys Guide to learn more about how to target and engage new and existing supporters. 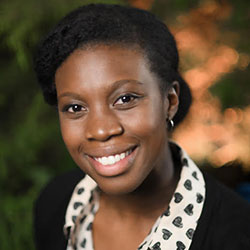 Lautel is a Product Marketing Manager at Salesforce.org on the Nonprofit Marketing and Engagement Team. In her spare time, she likes reading, listening to dance music, and studying Japanese.

The post 3 Misconceptions about Supporter Acquisition appeared first on Salesforce.org.

Knorr returns to TV with its latest ‘Cheat on Meat’ campaign